It's a media blackout on an Olympic sport that is soaked in tradition!

October 11, 2009
Fellow boxing fans I have to say that the noble art has taken a fall and is doomed to become another . com sport, where the humble boxing enthusiast has to trawl through busy websites and blogs to seek scraps of information on the latest fights. Carl Froch and David Haye are flying the flag for British boxing and our media dont even care. For fuck sake, Carl Froch had to cross the pond to defend his WBC Super Middleweight title against a dangerous Jermain Tayler, due to lack of interest from British TV companies. I remember the good ol days when Lloyd Honeyghan entered the ring in trainers, a random guy flying into Caesars Palace on a parachute and landing on Riddick Bow's pregnant wife, disrupting Bow's title defence against Evander Holyfield, epic battles with Benn, Eubank, Watson, the Hitman Hearns knocking Dennis Andries down about 50,000 times, Bruno desprately trying to look good against an ageing Bugner, only to get smashed by an ageing Bonecrusher and lets not forg
Post a Comment
Read more
October 11, 2009 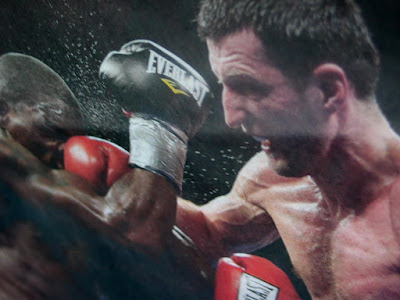