CAMERON HAMMOND is in a hurry to get his hands on the Commonwealth welterweight crown.   The Indigenous Moree hitter, 13-0 (7 KOs), represented Australia at the Commonwealth Games as an amateur before going on to star at the London Olympics in 2012 and wants to become the 53 nation alliance's champion as a pro. Hammond won an eliminator for the belt currently held by England's Sam Eggington when he halted Jese Ravudi in May. And he warms up for the challenge when he meets Thai southpaw Denkamon Pakdee Gym at Alexandria Basketball Stadium in Perry Park, New South Wales this Saturday night ( October 3 ). He said: "I travelled all over the world as an amateur and I don't mind getting my passport stamped again to fight for the Commonwealth belt. "Eggington's defending the belt against Frankie Gavin in a few weeks and I'm happy to go to England and fight the winner. "To be hones
Post a Comment
Read more 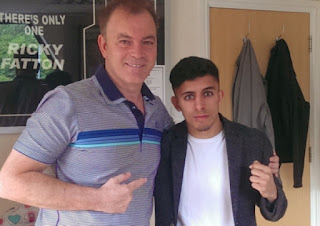 Waleed Din says he will settle a score with Thomas Essomba when the pair meet for the vacant Commonwealth flyweight title on October 17, live on Spike TV   (Channels: Sky 160, Freeview 31, Talk Talk 31, Freesat 141, BT TV 31). Taking place at Rotherham’s Magna Centre, Din says there won’t be a repeat result this time after Essomba picked up a controversial decision over the Sheffield starlet in the amateurs. “We boxed in the 2014 senior ABAs,” explained Din, “and he got a disputed split decision win over me.  He's very experienced, has been to the Olympics twice so he's got good pedigree, but that's in the amateurs and over the three round distance.  Now we're in the pro game, over 12 rounds, and I’ll beat him in every aspect.” Din, 22, could be the UK’s next big boxing sensation.  Not having his first amateur bout until he was 17, Waleed blazed his way to winning the 2013 senior ABA light-flyweight title
Post a Comment
Read more

ALL ON THE LINE 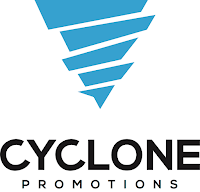 Cyclone Promotions are proud to announce  ALL ON THE LINE , a fantastic night of championship boxing on Friday  November 20  headlined by a local derby for the vacant BBBofC Celtic Middleweight title fight between Coalisland's  Conrad 'Dynamite' Cummings  and Belfast's  Alfredo Meli . These two outstanding undefeated prospects clash at Belfast's famous Waterfront Hall in a ten-round championship contest. Tyrone's highly-rated Conrad Cummings has made an impressive start to his professional career since making his pro debut in February 2014. The Cyclone Promotions' prospect is trained by world renowned coach Shane McGuigan and managed by former World Featherweight Champion and Hall of Famer Barry McGuigan. In his most recent outing Cummings made his US debut on the undercard of stablemate and World Champion Carl 'The Jackal' Frampton. The undefeated Cummings stopped WBC Fecombox cham
Post a Comment
Read more

KIRYL RELIKH says he'll prove his potential for the top when he faces experienced Argentinian Christian Ariel Lopez in Monaco this Friday night (October 2). The explosive Belarusian makes the first defence of his WBA Intercontinental super lightweight crown and he believes it is only a matter of time before he'll be strapping a world title around his waist. Relikh, 25, has been trained by former four-time world champion Ricky 'The Hitman' Hatton for the past 18 months and believes he now has enough weapons in his arsenal to follow in his idol's footsteps. Relikh is already ranked number ten in the world by the WBA thanks to an unbeaten run consisting of 19 fights with 17 knockouts, and could move into the top five with a stellar showing against Lopez. "It's every boxer's dream to win a world title and with every fight I get a step closer," Relikh said. "I'm already in the top ten and I can&
Post a Comment
Read more
More posts