MADE 4 THE CAGE 18 / PHOTOGRAPHY / BY PEEP MAGAZINE 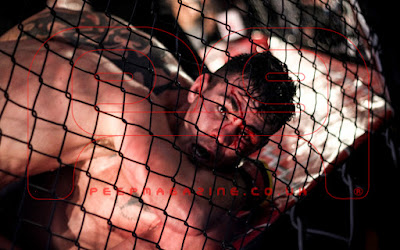 ANTHONY UPTON has been added to the eagerly anticipated Black Country Boxing/ Hatton Promotions show at Banks's Stadium, Walsall on October 10 . The popular 23-year-old, who is trained by Ricky Hatton, took his unbeaten run to ten this past Saturday (September 19) with a six round points victory over Tottenham's dangerous Mark McKray and is keen to get back into the ring as quickly as possible. Originally, he was due to box alongside brothers Pauly and Sonny at York Hall on October 17 , but jumped at the chance to fight a week earlier. "If it was up to me I'd box every week," he said. "I love showing a crowd what I can do and being in that ring is like a second home to me. "Obviously, it's only three weeks from my last fight, but Ricky, Mike Jackson and Blain Younis make sure I'm in the best possible shape and ready to go at any time. "I'm stepping up to eight rounds and I c
Post a Comment
Read more