August 11, 2015
LEE'S BOXING DIGEST / PEEP MAGAZINE 2012 Olympian Cameron Hammond stretched his unbeaten pro record to 13-0 and retained his WBA Oceania welterweight title with a blistering fifth round TKO of Sedat Tasci in Narrabri, New South Wales on Saturday night. Hammond started off by controlling the action behind his jab before stepping things up in the third. By the fourth Tasci, who is also a former Olympian, was getting frustrated and had to be warned on two occasions for rabbit punching. Rather than discourage him, the infringements appeared to spur Cameron on and he began loading up with his right hand. In the fifth, Hammond backed Tasci to the ropes and threw a double jab followed by a right cross that landed flush on the Turk's chin and sent him to the canvas. The fight could have ended there and then as Tasci was clearly stunned, but he bravely managed to beat referee Ray Wheatley's count. Sensing a finish, Hammond moved into range and unleashed
Post a Comment
Read more

August 11, 2015
LEE'S BOXING DIGEST / PEEP MAGAZINE BOLTON (5 August) - Following the official announcement of Floyd Mayweather vs Andre Berto and to deal with a number of interview requests for comment which have come through Amir Khan has released the following statement:  “I’m disappointed not to have got the fight for what is the third time after having been one of the frontrunners. However, there are many big fights out there for me and I’m going to continue working hard to establish myself at the top of the welterweight division. Floyd Mayweather has fought the biggest names throughout his career and has earned the right to face whoever he chooses. I wish my stablemate Andre Berto and trainer Virgil Hunter the very best of luck in the fight. I have seen how hard Andre trains and works and know that he is ready to give Floyd a very tough night.” - Amir Khan
Post a Comment
Read more

August 11, 2015
LEE'S BOXING DIGEST / PEEP MAGAZINE LUCAS "BIG DADDY" BROWNE believes a fight between Deontay Wilder and Chris Arreola would be bad for heavyweight boxing. Browne is set to face Argentina's Gonzalo Basile in Melbourne next month and will turn his attention to his mandatory shot at WBA champion Ruslan Chagaev afterwards. But he's hopeful of getting Wilder in the ring before the end of the year and feels it will be a barnburner with potentially two belts on the line. Wilder is expected to defend his WBC crown against fellow American Chris Arreola in the winter. Browne, however, believes the match-up would do little for the Alabama –native's reputation and he should instead give fans the fight they really want to see. "Nobody wants to watch Wilder v Arreola," Lucas said. "Even if they were giving tickets away, hardly anyone would turn up. "Wilder is the first American heavyweight champion in years and what people really
Post a Comment
Read more 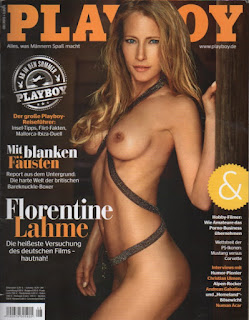