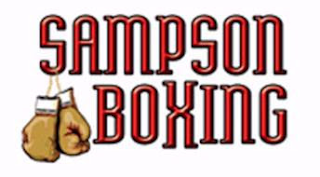 Promoter Sampson Lewkowicz of Sampson Boxing proudly announces the signing of boxing 'wonder kid' David "El Bandera Roja" Benavidez to a promotional contract.   Benavidez, already 10-0, 9 KOs as a super-middleweight professional, hails from Phoenix and is the younger brother of undefeated Interim WBA World Super Lightweight Champion Jose Benavidez Jr.   Considered a boxing prodigy by many, Benavidez has been trained since age two by his father Jose Benavidez Sr. He turned professional at 16, but was forced to ply his trade in Mexico until age 18, when he was legally allowed to fight in the United States. The ultra-talented youngster has already sparred with many of the best fighters in the world including Kelly Pavlik, Gennady Golovkin and Nobuhiro Ishida to name a few He has also trained at the Wild Card Gym with Freddy Roach.   "I feel really blessed," said Benavidez of the promotional deal. "It's a great opportunity for me and g
Post a Comment
Read more

Pound-for-pound ace Gennady Golovkin believes his unification world title clash with fellow hard-hitter David Lemieux will rank alongside some of the middleweight divisions best ever. The Kazakh assassin will put his WBA and IBO world titles on the line in a 160-pound meeting with Canada’s IBF champion Lemieux this Saturday night at the iconic Madison Square Garden, live and exclusive on BoxNation.  The showdown pits together two of the world’s biggest punchers, who average a near 90% knockout ratio between them, with the electrifying Golovkin saying that the clash will be an all-action affair to follow the great battles of the past.  “This is a true fight, an original fight. It’s going to be a present for people. Boxing isn’t a game; it’s very important who the true number one is. This is my big test and my first step to history and to a new story,” said Golovkin.  “This is my first unification fight and my first pay-per-view fight. It’s about being a true warrio
Post a Comment
Read more
More posts