Showing posts from November 7, 2015
Show All 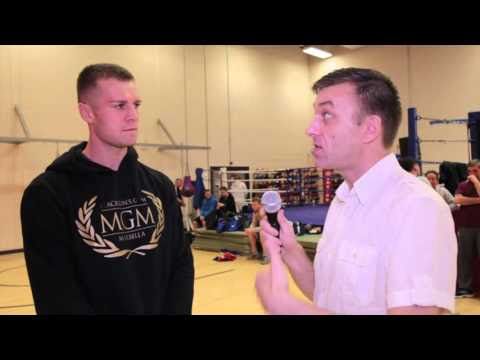 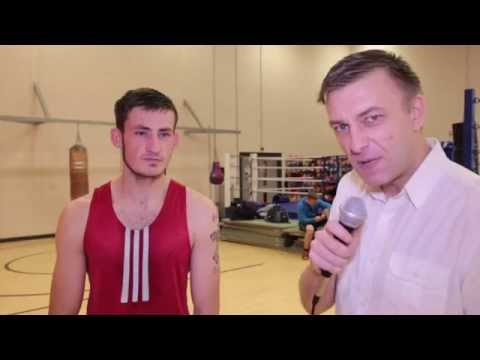 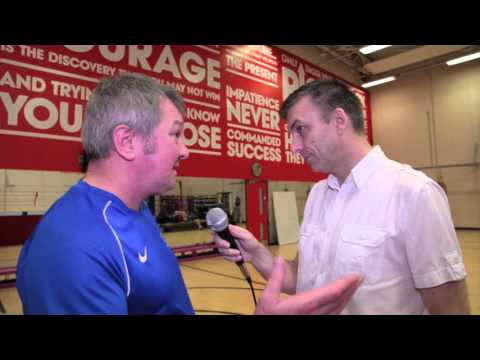 November 07, 2015
LONDON (6 November)  - World champion Tim Bradley has vowed to dazzle this Saturday night against big punching Brandon Rios under the tutelage of new trainer Teddy Atlas.  The 32-year-old star has claimed he is a much improved fighter since joining forces with Mike Tyson’s one-time cornerman and that he is unfazed at anything the relentless Rios will throw at him.  “I don’t care what Rios is doing in his camp. I am only concerned about what I am going to do on fight night. I am absolutely, totally focused. I am not the same fighter I was before,” said Bradley.  “When Teddy came to camp he challenged me, not what I could do physically but my mental aspect of fighting. When Teddy came to camp he took a book of images of certain rounds I had fought previously.  “There were notes about what I did right and what I did wrong. No trainer of mine has ever prepared for a fight like Teddy has for me against Rios,” he said.  Two-weight champion Bradley, who controversially be
Post a Comment
Read more

November 07, 2015
HAMMOND READY FOR TOUGHEST TEST ON MUNDINE UNDERCARD   AUSSIE sensation Cameron Hammond says he'll be more than happy if he has to box his way to victory over Sahlan Coral on the undercard of the big Mundine v Hartley bill in Melbourne on November 11.   The 2012 Olympian has shown his devastating power in recent outings, with his last four opponents failing to hear the final bell.   But he's prepared to go the long route to take his record winning run to 15 fights and move a step closer to his dream of winning the Commonwealth welterweight title.   "I've got a good run of knockouts happening at the moment, but I honestly don't go looking for it at all," Hammond, 26, said.   "If it happens, it happens. I've been stopping guys with one shot lately which is exciting, but I'm more than happy going the distance too.   "I don't really know that much about my opponent apart from the fact he's going to be tough. I don't really tend
Post a Comment
Read more

November 07, 2015
BOXNATION TO SHOW JACOBS VS QUILLIN WORLD TITLE CLASH LIVE ON DECEMBER 5 TH  AS RACE FOR MIDDLEWEIGHT TOP SPOT HOTS UP ON ‘THE CHANNEL OF CHAMPIONS’ LONDON (5 November)  - BoxNation will air yet another of the middleweight division’s most intriguing clashes exclusively live when WBA champion Daniel Jacobs puts his world title on the line against the undefeated Peter Quillin on December 5th.  The race to prove who is the undisputed number one in the 160-pound division is set to become a lot clearer by the end of the year, with BoxNation to show every significant matchup exclusively live on ‘The Channel of Champions’.  After having screened knockout king Gennady Golovkin’s demolition job over the brave David Lemieux last month, BoxNation has even more treats in store for fight fans with Miguel Cotto’s WBC clash with Mexican icon Canelo Alvarez live on November 21st and WBO champion Andy Lee’s blockbuster matchup with Billy Joe Saunders on December 19th.  Those two batt
Post a Comment
Read more

RICKY HATTON: ZHAKIYANOV IS A BIT OF AN ANIMAL / WWW.PEEPBLOG.CO.UK

November 07, 2015
RICKY HATTON is predicting an explosive ending to Zhanat Zhakiyanov's interim WBA bantamweight title fight with Yonfrez Parejo this weekend.   The teak tough Kazakh challenges for the crown at glitzy Salles des Étoiles venue in Monte Carlo on Saturday night (November 7) and 'The Hitman' believe his charge will put in a show-stopping performance.   "Zhanat is one of those fighters that makes the hairs on the back of your neck stand on end because he's got such raw power," Hatton said.   "I've been training him for about two-and-a-half years now and he's seemed to get stronger and stronger each day since.   "He's knocked his last 12 opponents out and I believe he'll make it 13 on Saturday night.   "Obviously, Parejo is going to be a very tough opponent. He's won the interim belt and scored some good knockouts of his own, but Zhanat is a bit of an animal and I think he's going to be too much for Parejo."   Victo
Post a Comment
Read more
More posts